Being non-judgmental is one of the most important qualities for a coach to develop, if one intends to grow as a coach.
During my early coaching days and before every coaching session, I would take a few minutes to ground myself and put on my non-judgment glasses. I found that when I put it on, I would just listen to people and be with them.
My non-judgmental glasses helped me see the best in people, I looked at them as capable. In these sessions clients would have deep insights, breakthroughs, time would fly and these sessions were very powerful, both for my clients and me. After these sessions I felt like I could easily run 7 marathons!

But there were also times when I noticed that the sessions were dreary, no insights, it was a struggle, it seemed to go on forever and I used to feel drained after those sessions.
I used to either put the blame on the either my inability or the client. What else could it be?!

It was during one session with a client, that I began to realize that there was something that had changed. During the first few sessions, he was progressing, having deep insights, breakthroughs, taking action.

Now, suddenly he was different… not taking action, not having insights and I was beginning to look at the session as a struggle.

At first, I did my usual pattern of either criticizing myself or the client… and then suddenly, I became aware that I was wearing different glasses – Judgmental Glasses! I did not even notice when i had changed them!

When I wore the Judgmental glasses, I looked at what is wrong with people, I seem to pay more attention to their mistakes, they stop looking as a possibility to me. I looked at people critically and sometimes even disdain!

It wasn’t about my ability or my client. I was wearing the wrong glasses!

Once I became aware of this in the session with my client, I immediately took them off and put on the Non-Judgmental glasses and things instantly changed! It was almost like magic! He began to respond differently, think differently, take proactive steps. It was like his mojo was back! (Mine too!)
​Breakthrough time again!

It was such a profound experience for me that I made sure that I began to ensure that I was wearing the Non-Judgmental glasses most of the time.

Now, when I am working with people and things don’t go the way that is intended, I stop and ask myself, “What glasses are you wearing?”

Cheers
Ashlesh
ps: Oh! and one more thing! When you look at yourself, what glasses are you wearing? 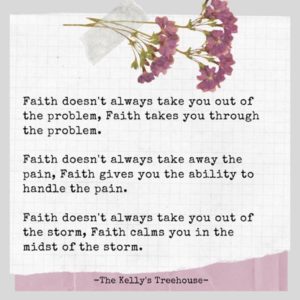 Faith, what a loaded word!

Hi! I saw this post today and thought….how very true ….time and again it is my immense Faith in... 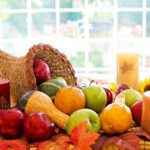